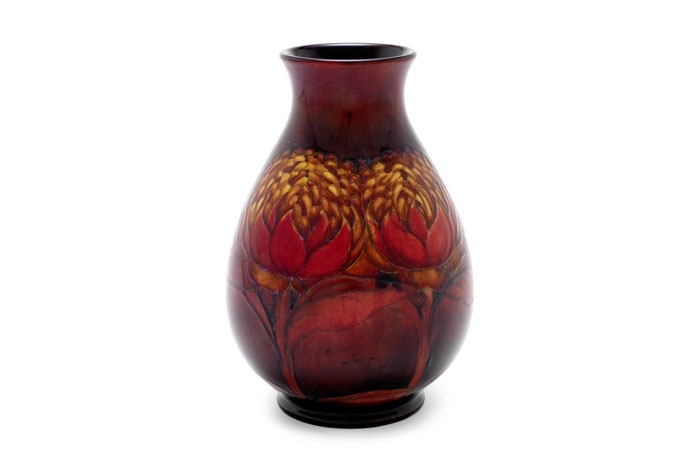 Who? Bonhams What? Lovers of pottery should look forwards to Bonhams' Moorcroft auction which celebrates 100 years of pottery production at Cobridge works in Stoke-on-Trent. A number of rare patterns and shapes will be included in the auction, including a Flambe Waratah vase at £8,000-£12,000 , an early Florain Poppy