Europe offers some of the most diverse and thrilling driving experiences in the world. To fully appreciate them, you should drive the routes in a luxury or supercar. Or even better, try multiple routes in multiple cars.

The reason is simple: each supercar will give you a different experience. For example, if driving down the Atlantic Road with the wind in your hair and the sun on your face, a drop top Ferrari will offer a completely different experience to an Audi R8, or Nissan GTR.

But we appreciate that unless you’re a sheikh or Sultan, you may find yourself with limited options. With that in mind, our friends at iSuperdrive.com have suggested a definitive list of the ten best supercars you could hire, and the places that you should drive them. The Ferrari California is the 10th supercar on our list. While it may not be loved by the purists, it has become one of Ferrari’s most successful models. With a revamp incorporating a turbocharged engine and enhanced suspension – it has become a true supercar.

The California is a tribute to modern aerodynamic styling, not only by looking stunning but also having one of the lowest drag coefficients of the Ferrari range. This has vastly improved the driveability and smoothness of the California, making it the perfect long distance cruiser.

For this one we recommend putting the top down, your shades on and cruising along Norway’s Atlantic Road; soaking up the sun, the sights and the sea views. Number 9 on our list, and possibly the most recognisable supercar on the road today, is the charming Porsche 911 Carrera 4 GTS.

With its iconic 911 headlight housing remaining as distinctive and stylish as ever, and improvements being made to the 430bhp 3.4 litre engine, this Porsche has been ruthlessly engineered with both looks and performance in mind. The 911 is always a masterclass in what a sports car should be about, and the GTS is like experiencing one in high definition; the same, but better and sharper everywhere that counts.

The Porsche 911 is the perfect car to cruise down the winding roads of the Amalfi Coast. With its emerald blue sea glimmering down below on one side and the spectacular, yet somewhat ominous, cliffs on the other side, this is sure to leave any driver speechless. Coming in at number 8 on our list is the Mercedes-Benz AMG GT S – the second supercar to be developed from the ground up by the company after the SLS AMG. It features excellent driving dynamics, thoroughbred motorsport technology, and chic styling.

Powered by a 4.0-litre V8 engine, it produces an imposing 503 horsepower, can reach speeds of 192mph and goes from 0-60mph in under 4 seconds. More accessible than most of the other supercars on this list, the AMG’s practicality and comfort is also noteworthy – with it gaining a real trunk with room for two golf bags!

The supercar of choice for long journeys, we recommend taking the AMG on a tour of bonny Scotland. With its diverse scenery made up of ancient ruins, winding country lanes and picturesque coastal roads, you’ll find it hard to stop exploring. At number 7 on our list is the enigmatic Audi R8. The mid-engined Audi R8 is the pinnacle of the Audi range, and possibly achieves the elusive nirvana of being a supercar that is made for the road.

Both the V8 and V10 engines, despite their high power outputs, are surprisingly easy to drive. Yet amazingly, despite its so called ‘easy’ driving, the R8 always manages to deliver supercar thrills. Irrespective of the engine you choose, it roars to life as soon as you fire it up, and does more than enough in performance to match its closest rivals.

Staggering performance, stunning looks and everyday usability combine to make this the true ‘every day supercar’.
The R8 loses none of its precision at low speed driving, so we recommend renting one to traverse the streets of Vienna, before going further afield to explore the stunning Austrian countryside.

At number 6 it’s the Nissan GTR. The 2014 version is significantly faster than its 2009 iteration. The crucial point is that its performance – the acceleration, traction and point-to-point ability – is served up in a more cohesive way.

The GTR’s twin-turbo V6 serves up a thunderous 530bhp, has dropped the 0-60mph time to 2.9 seconds and gives a top speed of 195mph – it really sets the benchmark for superior technical performance.

It would be a waste not experiencing the GTR car on a winding road, so we suggest Switzerland’s Furka Pass, with its immaculate road surface and abundance of tights sweepers and switchbacks. The Aston Martin V12 Vantage S takes the number 5 spot on our list. The fastest regular production model to ever leave the company’s factory, it has an eye-watering top speed of 205mph and can hit 0-62mph in just 3.9 seconds.

Like the V12 Vantage before it, the new S is the most raw and intuitive model in the Aston Martin range, but with a boost in power and some serious updates it promises even more performance. If you want a fast ‘old-school’ sports car, then the Vantage fits the bill perfectly.

A car with this much power has to be driven hard – and for that we recommend taking the V12 on the driver’s paradise that is Germany’s Autobahn.

Coming in at number 4 on our list is the flamboyant Lamborghini LP570. The ultimate performance version of the now 10-year-old Lamborghini Gallardo; the best-selling car in Lamborghini’s 50-year history. This edition really accentuates what everyone desires from a Lambo – it is even louder, even more outrageous and even more flamboyant than ever before.

The exterior and interior styling details ensure that its appearance is as spectacular as its incredible technical capabilities. The 140lbs weight savings mean this mechanical bull can reach top speeds of 202mph and go from 0-60mph in under 4 seconds. The ideal supercar for the modern enthusiast.

It’s an outrageous supercar, so the Lamborghini will be right at home in Monaco; playground to the rich and famous. We suggest renting the Gallardo from France’s Nice Côte d’Azur airport – it’s only 14 miles away from the luxury of Monaco. In third place, the first of the true hybrid supercars: the Porsche 918 Spyder. The 918 is an enthralling, exciting machine that rewrites the hypercar rulebook. It seamlessly blends cutting-edge technology and focused motorsport engineering to create a road car that delivers a stunning mixture of performance and efficiency.

Described by Porsche as “a car that takes the technical capabilities of hybrid to the limits of what’s possible”, the 918 represents the maximum of Porsche’s knowledge and knowhow. With top speeds of 214mph and reaching 0-60pmh in an unbelievable 2.2 seconds, the Porsche 918 Spyder is truly a spectacular automotive experience.

A German car should be taken on a German drive, so we recommend taking the 918 on a drive through the famous Black Forest. With its seemingly endless number of sweeping trails and deserted roads, the black forest is a driver’s paradise that should be experienced by everyone. The Ferrari LaFerrari takes second place. It is an aggressive and extreme supercar, with a smart look that comes somewhere between a supercar and a jet.

For the first time, Ferrari have featured a hybrid system, which gives LaFerrari better performance. A 6.2 litre V12 engine offers unbelievable top speeds of 220mph, and accelerates from 0 to 60mph in 2.9 seconds. To put it simply, this Ferrari is utterly amazing.

For the LaFerrari, we thought it only right that it should be experienced along one of the best driving experiences in its native Italy; Lake Como. Not too far from Milan, the lake spans 50km and the drive will even take you through the beautiful scenery of the Swiss Alps.

Number one on our list is the fabulous McLaren P1. Before release it was promised to be the ‘finest driver’s car on road and track’ by McLaren’s ex-F1 team boss, and it most definitely delivered.

With a driving experience that’s as visceral as it is accessible, the real genius of the P1 is that ordinary drivers are able to feel like fully fledged racers. It may not go the fastest or be the quickest off the line, but it is universally considered to be the greatest, most rewarding car to drive – and it gets our number one spot.

With the greatest car in your control, you’re going to need to experience it on the greatest road too. That is why it is a perfect match for the Stelvio Pass in Italy. This dramatic mountain pass in the European Alps was voted the ‘best driving road in the world’ by Top Gear, and its incredible scenery and famous switchbacks are sure to leave a lasting memory in the mind.

If you want to make any of these driving experiences a reality then check out iSuperdrive.com. These guys allow you to compare and book all the latest luxury and supercars available to rent in over 43 locations across Europe. 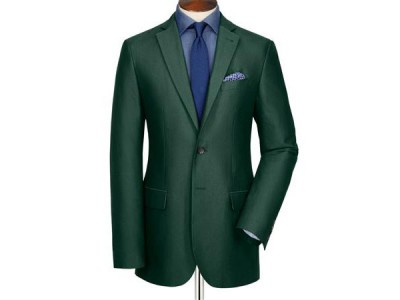 Previous post Ten of the best blazers for men 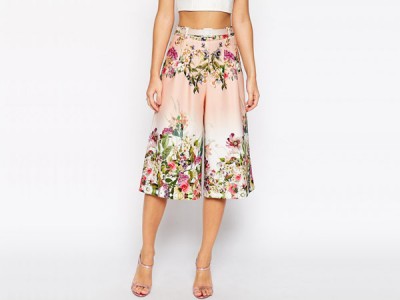 Ten of the best notebooks from Paperchase

Ten of the best fur-trim coats and jackets